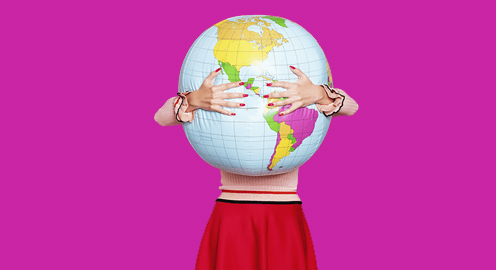 Recommerce retail is a developing trend, and there are good reasons for this. We live in a time when even children know everything about eco trends (some of them have won the Nobel Prize for that). This means that the high popularity of the environmental movement influences other areas of life. In particular, it promoted the recommerce model. Imagine an online second-hand when a customer doesn’t have to rummage through piles of clothes but can choose the desired style and size online.

At the same time, the trader is responsible for the quality and the condition of the things they sell. This trend appeared as a reaction to the Mindful Consumption tendency and was supported by both top retailers and celebrities. Nevertheless, this area is comparatively new for online business. Thus, there’s a lot of space for development and implementation of creative strategies.

Recommerce is a business model based on the concept of the reuse of products. The term was first introduced in 2005 in the New York Times interview with the Forrester Research CEO, George F. Colony talking about changes in technology selling models. Later the term evolved to what we have now.

Talking about the history of recommerce, the phenomenon appeared much earlier in the format of flea markets and garage sales. But the appearance of eBay and similar websites made it easier for individuals to sell and buy goods that have already been in usage. When the world started talking about mindful consumption, many companies reacted to the trend and developed centralised platforms for re-used goods.

On the other side, some celebrities, such as Kardashian sisters, Stephan Jenkins, Lena Dunham, and DJ Khaled, attracted attention to the problem of selling their own clothes to raise money for charity. Nowadays recommerce is introduced with different business models, including:

According to the statistics, introduced by Brandon Gaille in 2018, the most popular platforms for selling private property were eBay, Amazon, and Craigslist. And the most popular recommerce brands which pioneered this business model were Yerdle, the RealReal, the Renewal Workshop, thredUp, etc.